Ryan is a young piano and vocal coach from Kenmore, NY currently studying Psychology and Theatre Performance at Niagara University. He has several years of training under his belt and specializes in musical theatre, rock, and contemporary stylings. 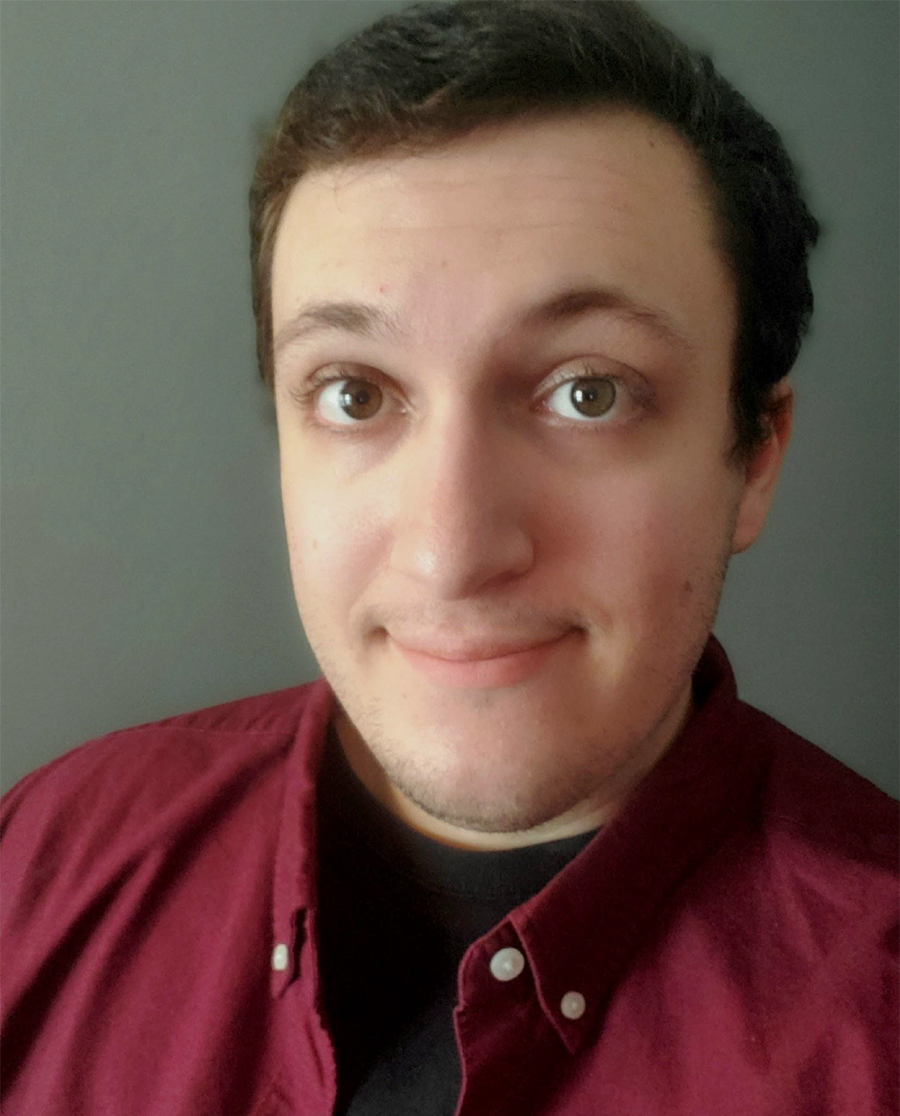 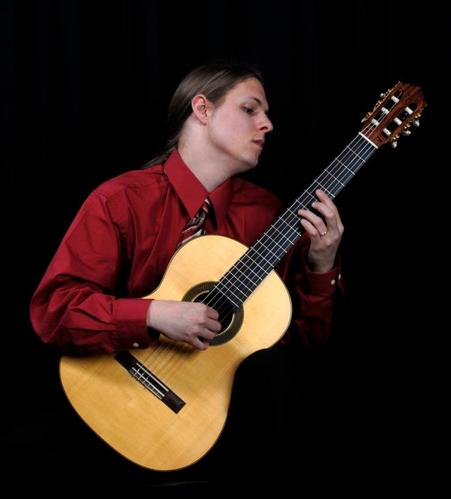 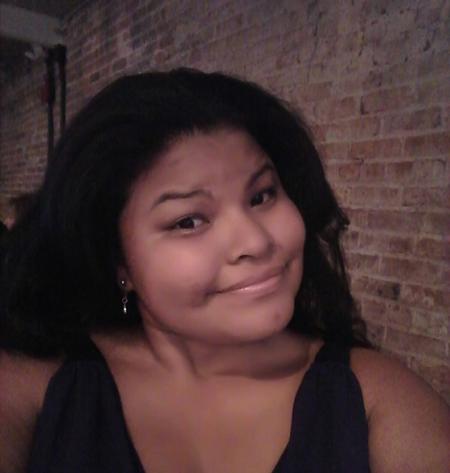 Erin graduated from Buffalo State College with a Bachelor’s Degree in Education with a focus in Music.. She has had over 4 years of teaching experience in a classroom setting as well as 10 years in a private setting. Erin has been a member of the Warren Civic Symphony Orchestra for 6 years and has been part of the Cheektowaga Community Symphony Orchestra since 2015. She is able to teach all strings and piano to students of all ages and most skill  levels, prepare students for ECMEA and NYSSMA solo festivals, as well as improve upon technique learned in the classroom 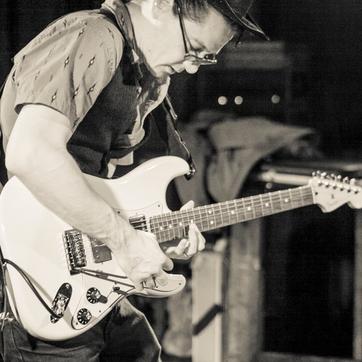 Since 1992 when Dave first picked up the guitar he has run the gamut of musical experiences. From original rock bands to cover bands, contemporary Christian to heavy metal, a Rush tribute band with Buffalo Hall of Famer Jim Wynn, to his most recent venture in local surf-rock band, The Freshwater Four, Dave has done it all. After taking lessons during his formative years with jazz-fusion guitarist Joe Pinnavaia (Breaker Box) Dave went off to college at SUNY Fredonia. There, while earning his BA in English, he took advantage of the excellent music program and rounded out his training with courses in classical guitar, classical voice, and more. Ultimately he applied what he had learned from these experiences in order to create a  predominantly rock-guitar based approach to teaching and performing that is peppered with jazz, blues, classical and pop styles. He has a firm grasp on music theory and highly emphasizes its importance in the development of every musician: “Music theory is based on very simple, practical math that anyone can understand, including someone like me whose worst subject in school was always math,” says Dave.”If I can learn it, so can you. What’s more, music theory allows you to understand and play any and every style of music.” But there are other hats that Dave wears, too. He runs summer rock band camps, and teaches Ukulele and Bass guitar lessons in addition to both acoustic and electric guitar. As a father of four he has experience both with children and homeschooling, which led him to begin running group classes for home-schoolers as well. Also, Dave has both led and played on church worship teams. Dave’s specialty is in teaching beginning guitarists of any age, on through advanced players seeking help with technique, improvisation and music theory. He has experience with special needs students and can also teach the ukulele. 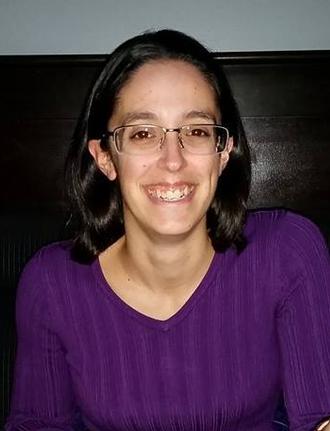 Heather graduated from the SUNY Fredonia with a Bachelor’s degree in Music, then went on to SUNY Buffalo to receive her Masters of Education. She has over 5 years of teaching experience in both a classroom and private settings. Currently, Ms. Heather is a music teacher at St. Christopher’s, teaching general music classes as well as directing bands and giving instrumental lessons to students PreK-8’th grade. Heather has also been a member of the Cheektowaga Community Symphony Orchestra since 2006.Ms. Heather’s passion for teaching and music really shines through to her students, her energetic personality connects with students instantly. She is able to teach all woodwind and brass instruments to students of all ages and skill levels. While her primary instrument is the oboe, her secondary instruments include (and are not limited to)piano, flute, bassoon, saxophone, french horn, and trombone. Ms. Heather is a great teacher for any student looking to learn or master a classical instrument. She is able to prepare students for ECMEA and NYSSMA Solo Festivals, as well as improve upon techniques learned in the classroom.

Lyn graduated from Villa Maria with an Associate’s Degree in Music & Business as well as Applied Science. She then went on to receive her Bachelor’s Degree in Arts and Sciences Studies & Humanities from Daemen College. Lyn has 9 years experience as the music director at Nardin Academy and has also had two Grammy nominations for Best Female Vocal Performance. Aside from teaching, Lyn is a professional pianist and vocalist, composing her own song that are currently featured on ReverbNation Her musical influences include Billy Joel, The Beatles, Bach, and Broadway Musical Writers. Lyn is the perfect teacher for students of any age and skill level. Especially more advance piano and vocal students and any vocalists preparing for college or auditions. 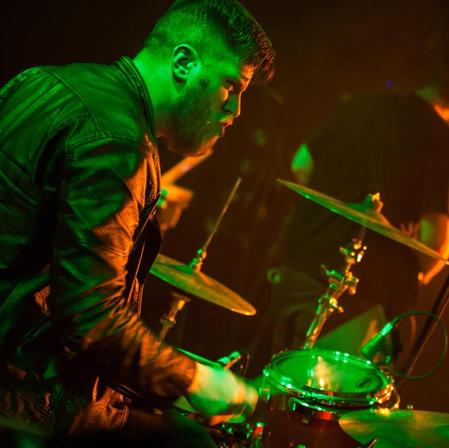 Josh graduated from Villa Maria College with a Bachelor’s Degree in Music Industry in 2015. Having played drums for over 15 years, Josh is a very versatile instructor, fluent in many styles of drumming including Rock, Blues, Funk, Jazz, and many more. Currently Josh plays with award winning Indie rock band The Nursery, which is based in Toronto, in addition to playing and recording with numerous Buffalo artists including Grace Stumberg. Josh has a very high energy and is very passionate about sharing his love of music. He is the perfect match for students of any skill level and age, especially advanced adults looking to hone in their techniques and kick some bad habits, as well as adolescent beginners. 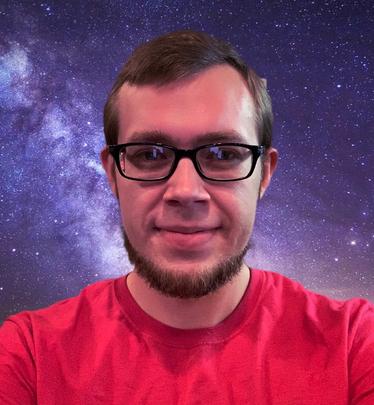 Joshua Kerns is a graduate of SUNY Buffalo State College where he focused on trumpet and education. In his spare time he plays piano and is a singer songwriter in the styles of Jazz, Hip Hop, and R&B. He teaches at Boulevard Music Lessons as well as Performing Arts Music. Joshua has the ability to teach most band instruments as well as guitar, bass, piano and voice. His teaching style is very relaxed but very structured at the same time. Joshua believes that music is one of the most important joys in life and that everyone should be able to enjoy, understand, and participate. Josh is the perfect teacher for any adolescent beginner in music, his ability to teach multiple instruments will engage any student during his lessons. 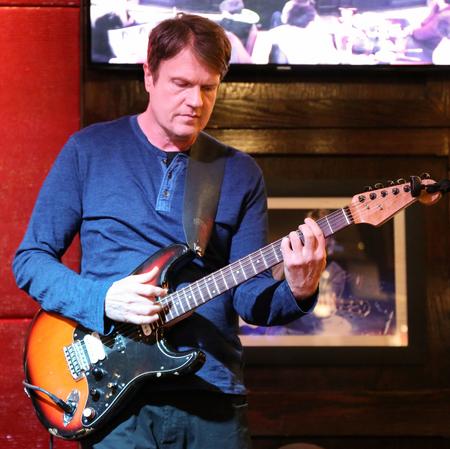 With well over 20 years of experience playing, Scott is well versed in all genres of music including, classical, jazz, blues, rock, and country. When asked what he loves about teaching the most, “I love the energy of students who are just discovering things on their instrument. Aside from teaching, Scott is also a Rock Band 101 director, providing structured, goal-driven rehearsals to prepare his bands for upcoming performances and also teaches the Ukulele. Scott’s musical influences include Jeff Beck, Tommy Bolin, Jimmy Page, Alex Lifeson, Al Dimeola, and Miles Davis. Scott is a great fit for students of any skill level and age, students looking to learn Music Theory, work on original compositions, or any adolescent learning looking to get into our Rock Band program.